It was during the relief effort after hurricane San Ciriaco castigated Puerto Rico in 1899 that a junior medical officer discovered the cause of chronic anemia, the worst ailment afflicting the Puerto Rican peasantry in the nineteenth and early twentieth century.[i]

While in charge of the medical detachment in Ponce, Captain Bailey K. Ashford, a U.S. Army doctor, realized that the poor physical condition of the Puerto Rican Jíbaro, was not due to the climate but to hookworms.

Ashford completed his study and found the cause of the Puerto Rican’s chronic anemia while stationed in David’s Island (Fort Slocum) in New York. He visited the nearby Museum of Natural History in Glen Island (on the Long Island Sound). The museum had living exhibits. Humans, thought as rustics or savages brought from all parts of the empire to carry out mundane tasks as Euro-American crowds observed them. Just as humans observe animals at a modern zoo.

In this human zoo, Ashford found a “colony of Puerto Ricans, living as they lived, in their little thatched houses, and making the so-called “panama” hats. These jíbaros were from Cabo Rojo… And they all had hookworms”  He tested and treated them, and presented his findings at the Westchester County Medical Society. From this point onwards,  Ashford would redouble his effort to treat the Puerto Rican peasantry.

Ashford found that the worm Ancylostoma duodenale was the cause of the epidemic anemia in Puerto Rico. The remedy was simple enough; purging the parasites by administering the patients a concoction of Thymol-a phenol found in the oil of thyme- diluted in alcohol.[ii]

The island’s medical establishment had long argued that the chronic anemia, or “laziness,” affecting the peasants, which was responsible for one third of all deaths in Puerto Rico, was due to the climate, nutrition, bad hygiene or malaria, or a combination of these factors, and as such, it was endemic in the mountains and coastal plains where the Jíbaro lived.

Ashford recounts that when asked how their relatives had died, most peasants would respond, and physicians would confirm: “De la anemia-la muerte natural, of anemia-natural death”.[iii] His wife, who came from prominent criollo families, explained to him “… that is the anemia of the country. They all die of it eventually.”[iv]

Ashford could hardly believe that a whole “agricultural class” was dying of anemia.[v] He was dumbfounded by the upper classes’ lack of interest in treating such a preventable and curable disease. After years of trying to persuade the medical establishment to adopt the relative easy cure for pandemic anemia, Ashford was finally able to secure the creation of the Porto Rico Anemia Commission with a budget of 5,000 U.S. dollars in 1904.[vi] 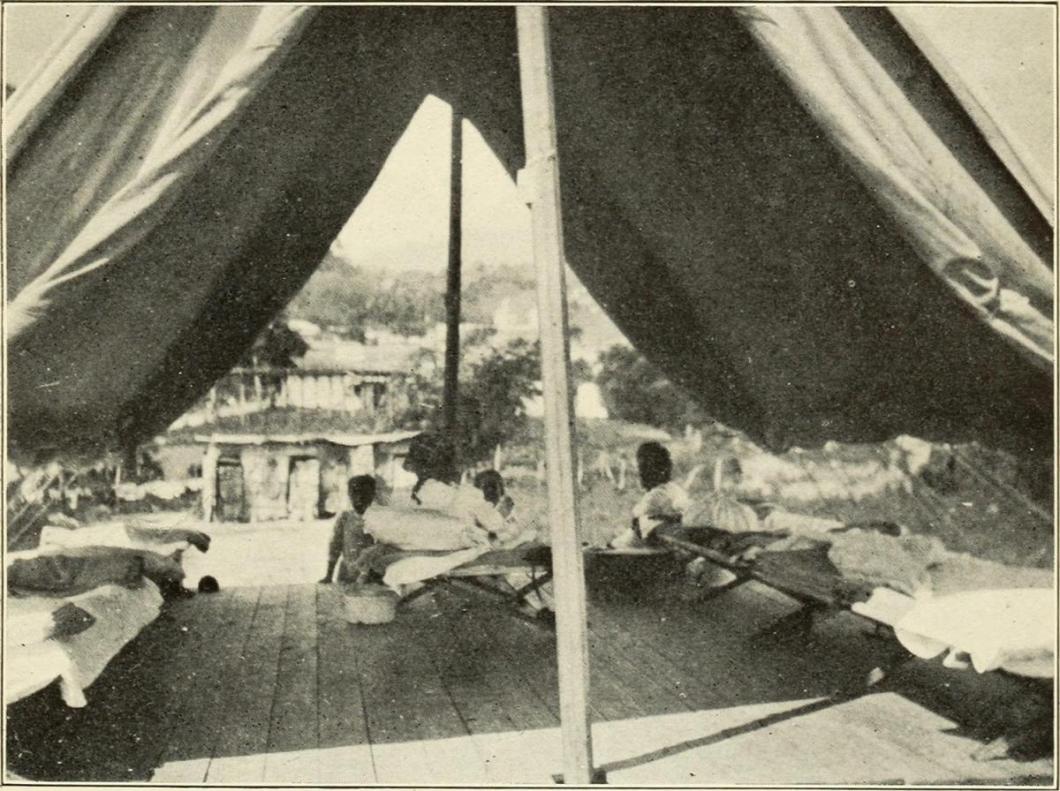 After initially setting up the anemia camp in Bayamón, Ashley decided to move to Utuado, almost at the center of the island but with roads connecting to the Northwest, so those more in need of treatment could reach him. That first campaign treated 5,490 patients.

Ashford also discovered that if the cause of the anemia was parasitical, it was severely aggravated by the peasants’ malnutrition. He recommended that socio-economic problems such as extremely low income, which he believed accounted for malnutrition and ignorance plaguing the Jíbaro, should be addressed to finally eradicate once and for all preventable diseases crippling the Puerto Rican peasantry.[ix] Only that way, he believed, would the Jíbaro awaken from his long sleep and small world and become an integral part of Puerto Rican society.

“Yet this is the man of whom we have to make a citizen, a man with a vote and a say in the affairs of the island. He has been through the awakening of Rip Van Winkle, and he has awakened into a world that leaves him gasping, stunned. He is neither a degenerate nor a fool”[x]

Adopting a paternalistic stance, the U.S. military establishment in the island, from infantry to medical officers, took the Jíbaro as a ward to be protected, and reshaped.[xi] 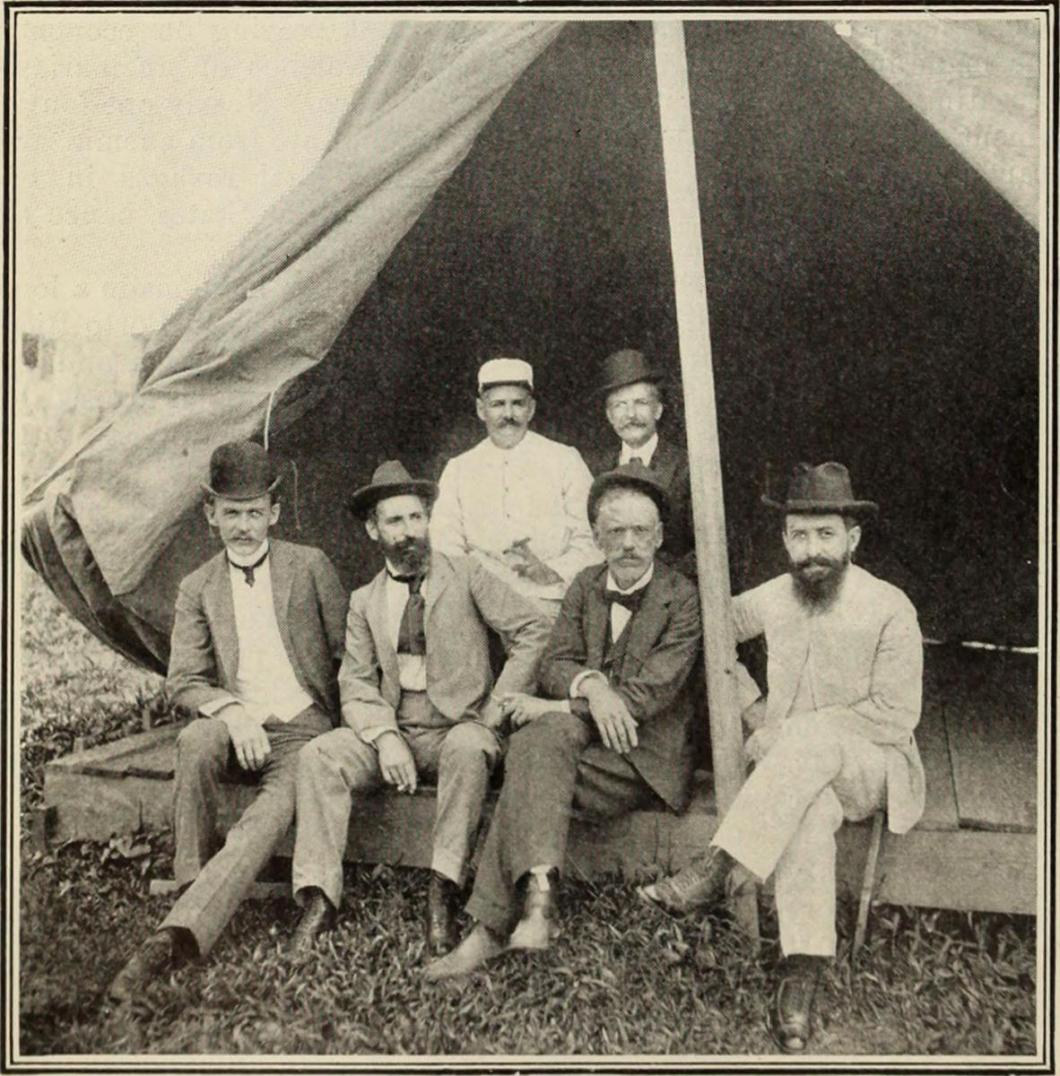 A special relationship between the U.S. military and the peasantry started to develop during the early days of the American occupation as a result of the relief efforts and sanitary campaigns launched by the military government.

As discussed by historian Estades Font, the motives behind such practices were not exclusively humanitarian. She explains that controlling tropical diseases was economically and militarily vital for American expansion. The labor force of the new territories, the occupation troops, and the civilian population of the mainland needed to be protected from such diseases.[xii]

Local elites also benefited from these health campaigns. After compiling the planters’ answers from a survey, Ashford argued that the planters estimated a gain of 61% in workers efficiency.[xiii]  A planter from Aguadilla wrote to him that:

“I have observed that some of our peasants at a certain period of the year were left completely without support, for this terrible disease prevents them from working, and they had to beg in order to live. To-day, however, after cure of their anemia, they [the peasant and agricultural workers] own something -a little business, a cow, a nice little house, and, in addition subsist happily and work constantly.” [xiv]

Though initially the condition of the Puerto Rican peasantry improved under U.S. sovereignty, the following decades would not be kind on them. As the infant mortality rate decreased and longevity increased, the emphasis on sugar cane production would lead to the pauperization of a malnourished, cyclically unemployed and abused peasantry.

[i] On August 8, 1899,  hurricane San Ciriaco destroyed the majority of the crops, thousands of peasants’ dwellings, and killed roughly 3,400 Puerto Ricans. Relief efforts started before San Ciriaco. In December 1898, the military governor, Guy V. Henry had requested from Muñoz Rivera a report detailing “any cases of poverty or destitution which cannot be relieved by the inhabitants of the place” with the intention “if possible, to help these people.” Henry to Senor [sic] Munoz [sic] Rivera, December 12, 1898, AGPR, Caja, 135.

[v] Ashford, A Soldier in Science, 42-45. As his tests showed, it was anemia indeed as the white corpuscles in blood known as eosinophiles which should not exceed four percent were running up to forty percent in the blood of the peasants he sampled.

[viii] In Ashford’s account that number represented “1,600,000 visits over mountain trails and hot coast-lands to see the doctor.” Ashford, A Soldier in Science, 82-83.

[xi] The military paternalistic approach to the new colonial subjects was not restricted to Puerto Rico. It was also applied to the Philippines. See, Hawkins Making Moros, 5-6, x-xi. And, Go, “Chains of Empire,” 334. And Wintermute, Bobby A. Public Health and the U.S. Military: A History of the Army Medical Department, 1818–1917. New York: Routledge, 2011.