“Abandon All Hope”: Hillary’s Message May Cost Her the Nomination

“Abandon All Hope”: Hillary’s Message May Cost Her the Nomination

For the Democrats, the Iowa caucus ended in a virtual tie. One does not have to be a rocket scientist to realize that the big winner here is Senator Bernie Sanders. The underdog presidential hopeful, who has been largely ignored and even dismissed by much of mainstream media, faced what is probably the most efficient and powerful political organization in the country and he didn’t do bad at all.

Hillary Rodham Clinton has to contend with the fact that half the Democrat electorate in Iowa did no buy her message or found her appealing. That this came after an anti-Sanders media barrage in the eve of the caucus makes his performance even more impressive.

Take for example Prachi Gupta’s article in Cosmopolitan: “Do You Really Not Like Hillary Clinton, or Are You Just Sexist?” In an article that relies on guilt-tripping Sanders’s followers, Gupta argues that his supporters simply have no substance or a leg to stand on and that when they ask for a political revolution they miss the point that “If we’re talking about political revolutions, however, voting a woman into office is pretty damn historic”. That argument lacks any substance for Sanders’ supporters would gladly vote for Senator Elizabeth Warren in a heart bit because they are voting on issues not on her gender.

Amanda Marcotte’s Salon article: “Why I’m supporting Clinton over Sanders: Liberals don’t need a “savior,” but someone who can actually get things done in Washington” came out the very same day of the caucus. Her main argument is that Sanders has presented the public with a plethora of unachievable goals and that he does not know the difference between campaigning and governing. Of course, Hillary knows how to govern because she is pragmatic, experienced, able to compromise and “has shown, repeatedly, that she’s open to change and pressure from liberal activists to move to the left.” Marcotte misses an important point here- one that explains why Clinton is losing track among progressives and liberals: the Democrat presidential nominee should not have to be convinced to move to the left! Otherwise we have two right wing parties. 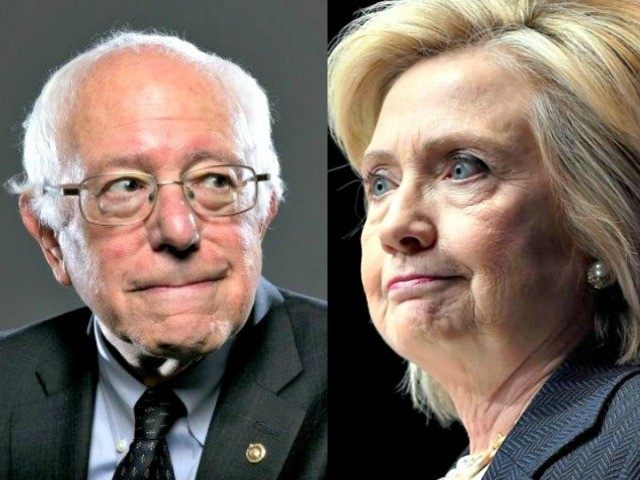 Writing for Vox, Ezra Klein took from Obama’s “The Audacity of Hope” and penned “Hillary Clinton and the Audacity of Political Realism.” Again we have the same arguments about pragmatism and how brave Clinton is for not falling for the “hope” narrative. Like Marcotte he argues that if another Democrat is nominated on the basis of impossible promises (a not so subtle reference to Obama) the Democrats and young voters who elected them may not survive the shock. Is he buying into that conservative narrative that portrays Liberals as wimps? Hum! I somehow doubt that if Sanders or Hillary fail to deliver on all their campaign promises half the population will crawl into a fetal position.

Klein calls Hillary a “political realist”. If he is using a definition based on political philosophy then he is saying that power is the main end of any political action. Hillary’s politics are driven by power. But, power for the sake of power? Once in power, whose interests is she going to represent and defend? A political realist accepts that “might makes right.” OK, I can agree with that, but that “might” should come from the sheer strength of a broad electoral coalition and not from the financial might of the 1 percent. Hence she needs to energize and mobilize the electorate.

Instead of mobilizing the Democrats and inspiring independents she is courting the right. Is this an ill-designed strategy based on the trump factor? Maybe one of Clinton’s adviser told her that the country is moving decidedly to the right and that the Trump factor would drive “moderate Republicans” into the arms of a conservative Democrat. Whatever the case, she has been campaigning like a “moderate” and sometimes “hawkish” Republican- from declaring that she would be a better friend to Israel than President Obama has been, to calling for more sanctions on Iran.

Both Klein and Marcotte, as so many others in mainstream and social media, have come to identify right of center politics with good governance. Hence they identify Clinton’s courting of the right as pragmatism while mocking Sanders’ “idealism”. But it seems many are not buying it.

As an independent, I thought Clinton to be a good candidate for president, tough, experienced, politically savvy. As a matter of fact I wasn’t going to support Sanders until Hillary’s camp started to act like “moderate conservatives”.

She is campaigning like a “moderate” republican and the press writes that she is a realist because apparently wanting to change the many wrongs in this country is naïve. She is distancing herself from Obama and the legacy of the “naive president” who thought that he could bring some sort of unity to this country. The only thing Obama was naïve e about was underestimating the rampant racism that still exists in this country.

So, even though I’m a realist (ask my progressive friends), I will not buy her courting of the right, and her message that changing minds and hearts is not what we do. It is the job of whoever wants to be the top elected official in the country to inspire and energize their followers- that is what leaders do. And on that matter, Clinton could learn something from Sander’s campaign slogan, “A Future to Believe In” which stands in striking contrast to Clinton’s “Hillary for America”. One is about a promise (and a plan) for a better future. The other is raw cult of personality.

It is not about who can govern better but a sense that we owe Hillary the nomination and the presidency, as if it was taken from her in 2008.This kind of sounds like the conservative “Take America Back” chant.

Please explain to me, why should I vote for a candidate who has but completely capitulated to the right? A candidate that has lost all hope? Clinton may not be able to change hearts and minds because maybe she does not believe that change is possible. If that is the case, she should step aside for this country needs both hope and change.

Don’t get me wrong- the other side is so out of touch that whoever becomes the Democrat candidate will have my vote. But I do hope I did not have to go with the lesser of two evils- my friends and colleagues are tired of me making that argument over and over.

And here is my contribution to HRC’s campaign- a few slogans:

“Hope is for Losers”